Posted at 12:16h in Yleinen by WebAula

In some countries, like Finland, the managing director or CEO of a company or corporation is not considered, from a legal point of view, an employee of the relevant company.

The position of the general director of a limited liability company and a joint stock company is almost equal from the point of view of the labour law. The only difference is related to the signing of the employment agreement. In a limited liability company it is usually the chairperson of the general meeting of participants (shareholders) in which the general director was appointed that signs the agreement, while in a joint stock company it is usually the chairman of the board of directors that signs the agreement on behalf of the company.

For ordinary employees, the maximum trial period in Russia is three (3) months. However, for the general director, the trial period can be extended to six (6) months.

According to the Labour Code, the general director is prohibited from taking a second job without preliminary consent of an authorized body of the employer, such as the board of directors.

(1) The company has become insolvent;
(2) The relevant company body has taken a decision thereof;
(3) On the basis of grounds specified in the agreement.

The second item means that the employment agreement with the general director can be terminated by the company unilaterally at any time and without any specific grounds. However, in such case the general director is entitled to a compensation equal to or greater than the medium salary of three (3) months. The third item means, on the other hand, that the company is able to specify grounds for termination in advance, such as failure to reach sales targets or similar. 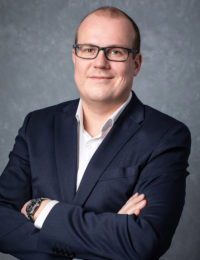